Dr. Spero, a Licensed Psychologist serving all of Fort Lauderdale and surrounding areas, is the Director of Child & Family Psychologists. Dr. Spero was the 2000 President of the Child, Adolescent and Family Division of the Florida Psychological Association.

In 2006 Dr. Spero was presented with the Lifetime Achievement Award by The Broward County Psychological Association. Since 1983, Dr. Spero has developed a specialization in the treatment of emotional and behavioral problems of children and adolescents, however he also works with adults and families.

As a Licensed Psychologist in the Fort Lauderdale area,  he has extensive experience in dealing with Emotionally Handicapped and Learning Disabled Children, Children of Divorce, Custody Evaluations, oppositional/defiant behavior problems at school or home, Stepfamily Adjustment Issues and Children with Attention-Deficit/Hyperactivity Disorder. Dr. Spero was the Supervising Psychologist of Clinical Services, and 1989-1993 Staff Psychologist of Cross Roads School in Davie, Florida. Dr. Spero created and has presented “Broward Bully Busters” since 2001. His work with adults has focused on Marriage and Family Therapy, Substance Abuse Counseling, and Individual Therapy for Depression and Anxiety.

Dr. Spero is also a Certified and Court Appointed Family Mediator by the Supreme Court of Florida, and a Certified Member of the American Board of Certified Managed Care Providers. He has taught Counseling Psychology on the Master’s and Bachelor’s level. He was the Vice President of the Center for Cognitive-Behavior Therapy, Inc. a Statewide Multidisciplinary Integrated Mental Health Delivery Network of Psychiatrists, Licensed Psychologists, and Licensed Masters Level Therapists.

Dr. Spero is the co-founder of the Stepfamily Association of America, Inc., Broward County Chapter and was also the South Florida Council for Self-Esteem Support Group Facilitator. Dr. Spero was a Member of the American Psychological Association from 1988-2010, and The Academy of Family Mediators since 1993. He is listed on the National Register of Health Services Providers in Psychology #40648. Dr. Spero is well known for his mentoring of others, media work, and public speaking. Dr. Spero was recognized by the Florida Psychological Association by receiving The Distinguished Psychologist Award in 2006, and in 2006 he was also awarded the Michael B. Spellman Award for Ethical Contributions to Psychology. In 2019 Dr. Mitch Spero was selected as an Honored Member of Trademark Top Doctors of America Honors Edition. Top Doctor awarded Dr. Mitch Spero as the 2018 and 2019 Top Licensed Psychologist in Florida, the 2017 and 2018 Top Child & Family Psychologist in Sunrise, Florida and also in 2016 as the Top Child, Adolescent and Family Psychologist in Plantation, Florida. He is also the Owner and Director of Stable Life, L.L.C. and the author and game producer of Florida The Turtle Who Thinks He’s A Dog Finds His Feelings and A-D/HD GUIDE FOR DRIFTERS IN A SQUIRREL MOMENT: Testing, Diagnosis, and Treatment of A-D/HD published by EducaVision, Inc. Telephone: 954-968-7433 Email: educa@aol.com www.educavision.com. 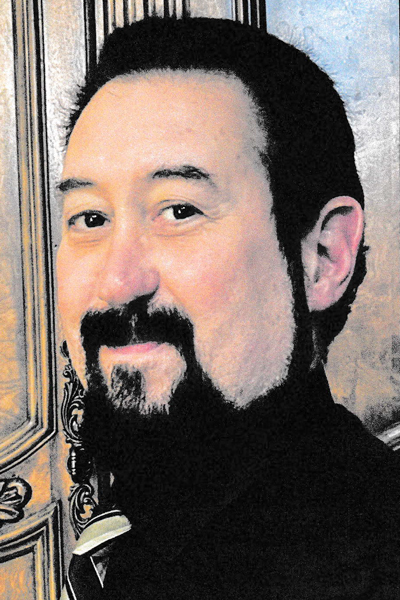 See the book or watch the video. 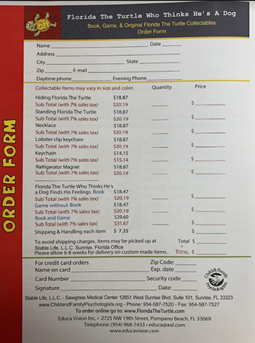 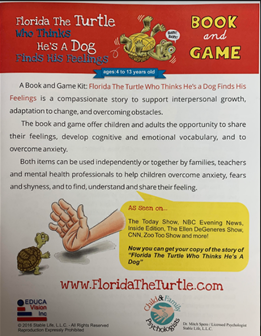 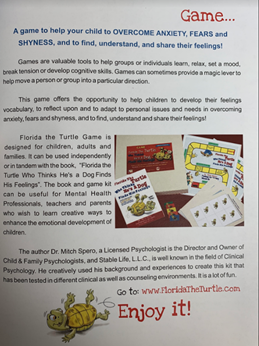 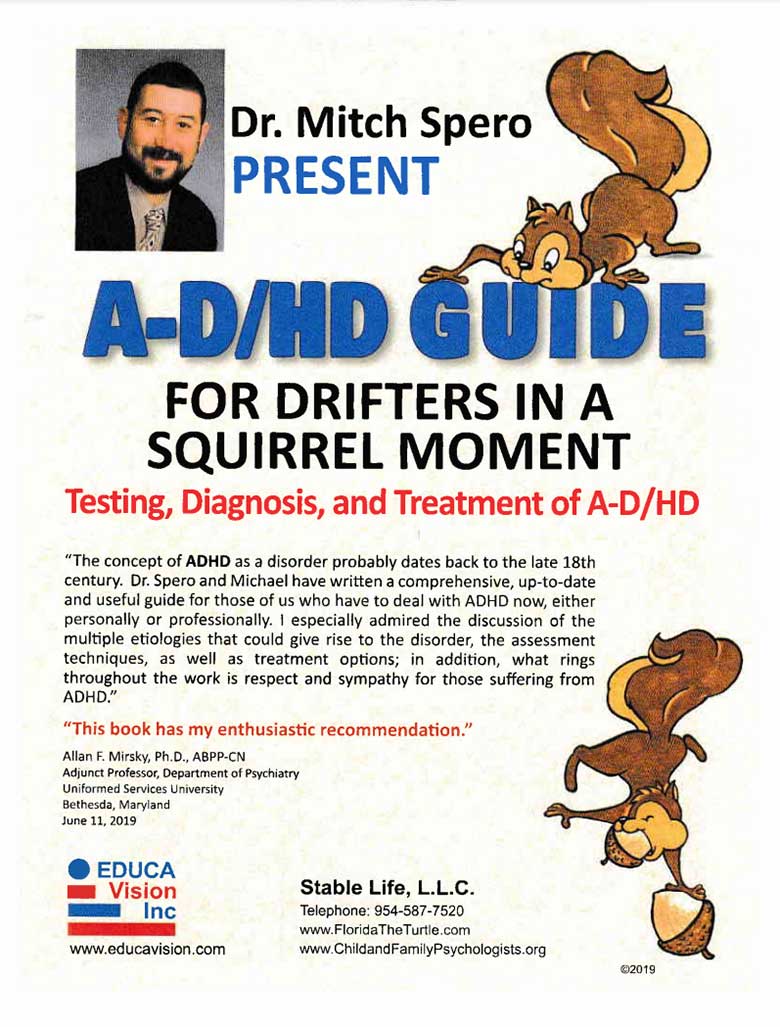